Just look at the absolute state of this Austrian entry from 2005. The country that brought us Joseph Haydn, Wolfgang Amadeus Mozart, Ludwig van Beethoven, Franz Schubert and Falco decided to enter a six-piece folk group in tracksuits doing a Latin song about “a girl from Cuba” infused with yodelling.

The chorus “exhorts everyone to dance like the girl would”, but the only dancing the sole woman in the group actually does is this bit where she rubs her backside up against a trombonist. Then after they failed to qualify with this aural abscess, their broadcaster pulled out in 2006 and had the brass neck to argue that “talent … is no longer the determining factor in contest success”.

You see, when it comes to Eurovision Austria are useless. Absolutely useless. But then came Conchita Wurst.

To be honest, Eurovision 2014 was like we’d fucking time travelled. We were in a weird and wonderful world where everything was different. There I was in a disused ship yard in Copenhagen thinking maybe outside the Polar icecaps had melted. Maybe there’s fucking robots knocking about, and Davina McCall’s the new pope. Maybe you can download rice.

In truth few people foresaw Conchita Wurst’s “Rise Like a Phoenix” doing as well as it did in 2014 until mid way through Conchita’s performance at the Thursday night semi, when she rose (you know, like a Phoenix) from being a press-bait novelty act to a sure fire favourite.

But favourite and then winner she became, a once-in-ageneration Dana International moment with a message of tolerance that even caused ultra-conservative Belarussian televoters to rank it 4th despite a petition arguing it would unleash a “hotbed of sodomy” on their children.

Since then I’m afraid we’ve been back to normal. 2017’s entry was so bad that to cheer it up someone called “ESC Chloe” on youtube went to the trouble of editing the preview video so that every time their artist sung the word “hey”, a foul mouthed Gordon Ramsey insult appeared – all under the subtitle of “You fucking Donkey”.

2020 we don’t talk about, and last year we got an artist called Vincent “Kinder” Bueno doing a mashed up X Factor musicals and big band week number that was much better in its nightcore version to be honest.

This year? Oh by christ. Maybe I’m out of touch (or maybe it’s the children who are wrong) but the press release says that Austrian-Italian musician LUM!X, real name Luca Michlmayr, has become one of the “hottest names in the global electronic music scene”. Who? 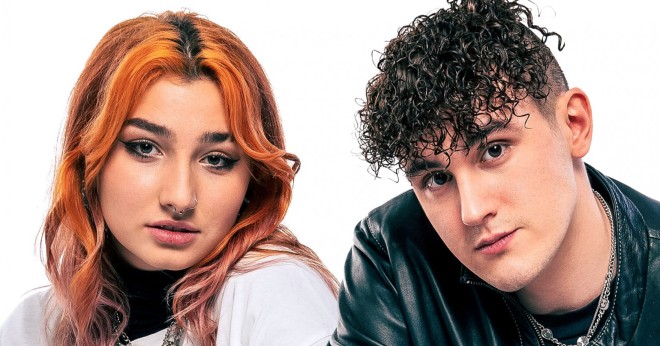 Now for the contest he’s teamed up with a singer called Pia Maria for this song “Halo”. I instinctively love it because it runs at a whopping 152 beats per minute, but in truth the logic and reasoning part of my brain knows that any song with the lyrics “We can be CEO, Yeah you already know, Yeah we can be the boss, Fly higher than the Gods” is probably rubbish.

It’s all a far cry from the Trackshittaz. You heard me.