Some countries throw half their GDP at Eurovision, but even when your total GDP is the cost of a pint in Copenhagen airport you can still pull off a masterpiece.

In 2010 for example the Greeks were so skint they handed the whole business of song picking to Universal Music Europe, and then stuck their “National Final” in the Hellenic equivalent of Westfield, with a tiny audience of customers bored queuing in TK Maxx. Look closely and you won’t even see any proper speakers – the sound was piped through the shopping centre PA system as she mimed in the dark.

Despite this “Aphrodisiac” was completely brilliant and the kind of song that could only exist in Eurovision – upbeat, modern, melodic, punchy, quintessentially Greek bouzouki stilletopop that managed to rhyme “disiac” with “maniac”. And if anything, this year’s entry is even better. 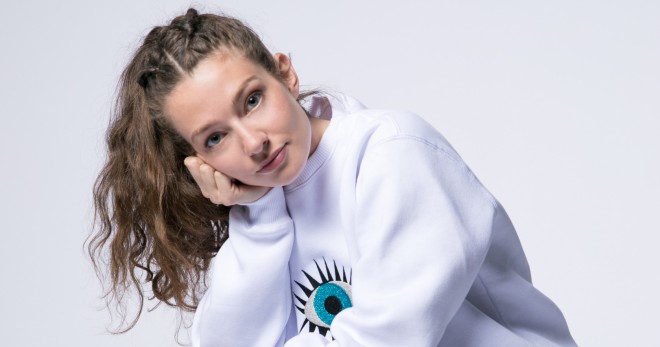 Amanda Tenfjord Greek-Norwegian medical student who, fact fans, was in the same class as Sigrid at school. The vibes are not dissimilar – Amenda’s song is a cracking mid-tempo inspirational that starts off all quiet and broken and vulnerable and then, just in time, bursts into a big sweeping production number with a punchy hook – and the staging is quite brilliant with its upturned chairs sinking into the stage as Amanda walks on water.

Now in her sixth year of medical school, her final exams are scheduled for just a few weeks after the contest. She’s been able to blend the medical and the musical, however – as it says here she and a few of her classmates have formed a band, calling themselves “The Flu Fighters” and singing covers of Veronica Maggio’s Jag Kommer. How delightful.